On February 6–7, 2020, the Simons Foundation Autism Research Initiative (SFARI) convened a two-day workshop in New York City to explore the possibility of gene therapies for autism spectrum disorder (ASD). Inspired by the recent, stunning successes of gene therapy for the fatal neuromuscular disorder spinal muscular atrophy (SMA), and by the steady accumulation of genes confidently associated with ASD, SFARI welcomed a diverse collection of researchers to begin to think about whether a similar approach could be taken for severe neurodevelopmental disorders.

Read this report at SFARI. 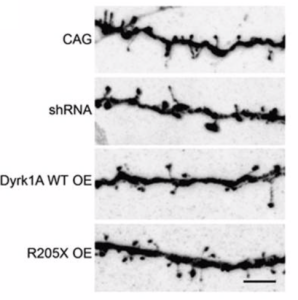 Through a parent’s search for answers and internet connectivity, a DYRK1A Syndrome Family Meetup — the fourth of its kind in the United States — took place in Seattle on June 22, 2019. The meeting provided support for 32 families of people with rare mutations in DYRK1A, a high-confidence autism risk gene, as well as information for scientists trying to grasp the gene’s role in brain development and function.

Read this story at SFARI.

Last summer, the FamilieSCN2A Foundation held their biennial SCN2AProfessional and Family meeting, in Seattle, Washington. The gathering brought together 37 families of individuals with mutations in the SCN2A gene, 60 scientists, eight clinicians and five industry groups. These meetings help families connect with others similarly affected as well as professionals working to better understand these conditions — which include epilepsy and autism — and develop new therapeutics.

Read this story at SFARI. 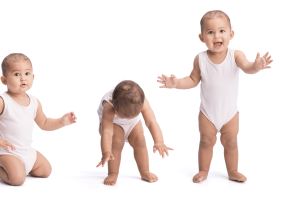 What are the earliest signs of autism? Do signs differ between genetically defined autism subtypes? What are cognitive milestones of early development for all children? Is there a way to study these aspects in animal models of autism?

These and other questions surfaced throughout a SFARI-sponsored workshop entitled “Next Steps in Infancy Research on Autism,” held on April 18, 2019. The workshop brought together 12 experts, including those who study child development but not autism, as well as clinicians, geneticists and epidemiologists. The ensuing conversations — part research updates, part brainstorms — touched on measurable aspects of infant development that might be sensitive enough, reliable enough and easy enough to use to help detect, parse and model autism. 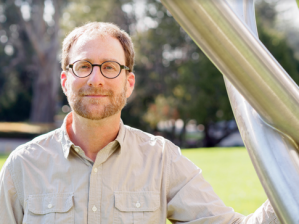 Dan Feldman, a professor at the University of California, Berkeley, studies the rodent somatosensory cortex, which is famous for its organized groupings of neurons, called ”barrels.” There, his lab has been testing an influential idea about autism: the excitatory-inhibitory (E-I) imbalance hypothesis. This proposes that an excess of excitatory signaling relative to inhibitory signaling in the brain leads to symptoms of autism.

In a recent paper, Feldman’s lab found evidence for the E-I imbalance hypothesis, but not exactly in the way many expected: the changes appeared to reflect a compensation for some other problem in the circuit, rather than a primary deficit causing circuit hyperexcitability. I recently spoke with Feldman to discuss these findings and what they might mean for therapeutic approaches aimed at restoring inhibition in autism.

An autism-linked protein called CASPR2 promotes the development of dendrites, the bushy structures atop neurons that receive signals from other neurons. The study, published 30 October in Proceedings of the National Academy of Sciences, suggests that the molecule helps set up the lines of communication in the brain early in development.

Two studies report abnormalities in the system that mediates the body’s response to stress in mouse models of Angelman syndrome and Rett syndrome, both autism-related diseases.

An autism-linked protein called IL1RAPL1 helps neurons wire together, according to two studies published in September. These add to the catalog of molecular pairings involved in neural connections that are also implicated in autism.

Read this article at SFARI.org

Neurons lacking MeCP2, the protein deficient in Rett syndrome, have stronger signals than controls do when measured amid the electrical activity used by neurons to communicate. The findings suggest that how signals are measured can affect studies of other autism-related mutations.

Two recent studies in Proceedings of the National Academy of Sciences illuminate the workings of neuroligin 4, a protein associated with autism, in the brain and in a dish.